Message from Friends of the Earth

Home Uncategorized Message from Friends of the Earth 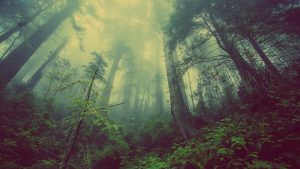 “Our greatest threat in thousands of years:  climate change.  If we don’t take action, the collapse of our civilisations and the extinction of much of the natural world is on the Horizon”

Declaring a climate emergency at a local level is a vital step in changing policy, which is what the XR movement (Extinction Rebellion) is asking the Hereford Council to do.

Herefordshire FOE is strongly supporting  XR Hereford in whatever way we can.

At an open stand in Hereford last Saturday, supporters of XR were handing out posters (copy attached) asking people to speak, write or email their local councillor before the next Council meeting on Friday 8th Match, urging them to declare a climate emergency.

Councillors from It’s Our County and the Green Party are developing the wording of a motion calling for the Council to declare this a climate emergency and have the motion debated at the next full Council meeting on 8th March.

A copy of the template letter is attached. Space has been left for personal comments, which can make the letter more persuasive, or better still make it a personal message in your own words.

Letters need to be sent to the correct councillor.  You can find your Councillor’s name on the Council website which converts postcode/address to councillor name.

The postal address for sending letters is:

It’s important we get as many letters of support in to councillors before 8th March. Please send a letter yourself, and share this action as widely as possible. Couples can send one each!