There were 23 people at the HGN AGM last week (Wednesday 4 December), for the formal business followed by a lively people’s assembly discussion about what the network should prioritise over the next three, crucial years.

Chair’s report 2019 – Gareth Williams – Approved Gareth gave a brief summary of the achievements of HGN during the past year, which was greatly appreciated by those present. He was thanked by the meeting for his excellent chairmanship over the past three years. As his term as Chair has now ended, Kate Gathercole expressed the hope that a new role would be found for him within the network, so that we don’t lost his invaluable experience.

Treasurers report 2019 – David Gillam – Approved Income for the year was just over £14,000, mostly from grants and – for the first time this year – membership income. That means that, for the first time in HGN’s history, we have a surplus at the end of the year and are in a more stable financial position. In answer to a question from the ‘floor’, David confirmed that will we need to apply for more grants next year, as they are all project-based and short-term. There is a big lottery grant in process.

Steering Group Gordon Coppock, Kate Gathercole, Temi Odurinde, Nick Read, Richard Urbanksi, Gareth Williams and Beth Williamson all agreed to continue as members of the Steering Group. After the meeting, Jackie Jones said she would value being involved, so she has also been co-opted. That takes us up to eight members, which means we have places for a maximum of two more over the course of the coming year.

And that concluded the business part of the AGM. Now on to the more interesting stuff… 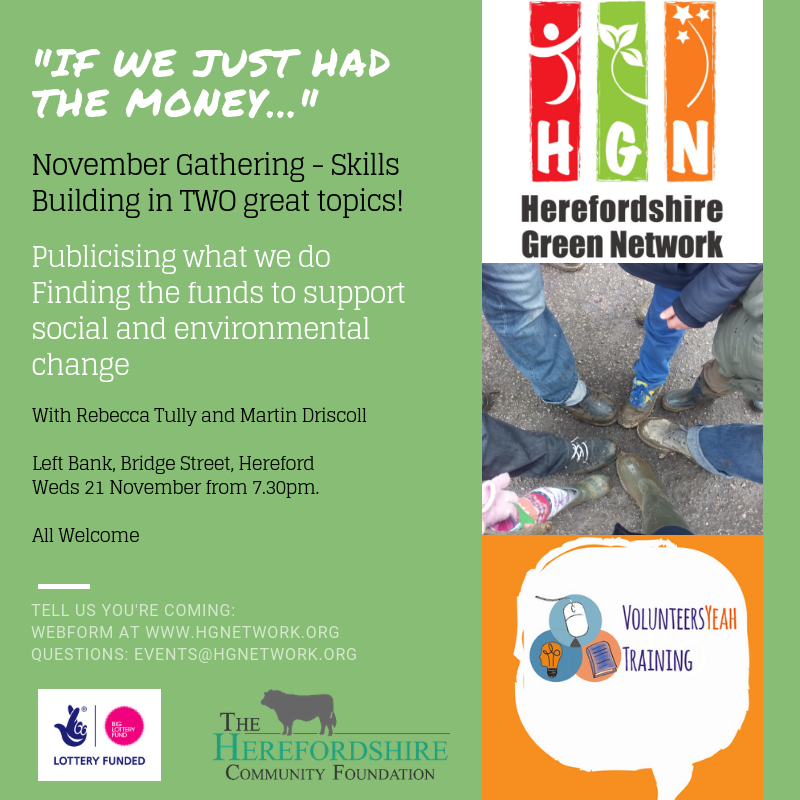