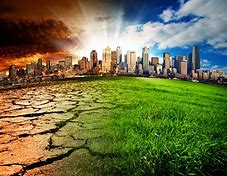 The IPCC have published their latest report outlining what needs to be done in order to ensure that we limit global warming to no more than 1.5 degrees centigrade above what existed in pre-industrial times.

The report warns that we have only 12 years to make radical changes in order to ensure global warming does not rise even higher.  Many commentators and journalists have begun discussing the report and its implications.

As one of our members has commented, given the understandable scientific rigour that goes into the IPCC reports, it has always meant that the reports are behind the curve by the time that they are released and due to the speed with which changes are happening.

Here’s one person’s take on the analysis undertaken by the IPCC, which argues that the IPCC has been underestimating climate change risks….