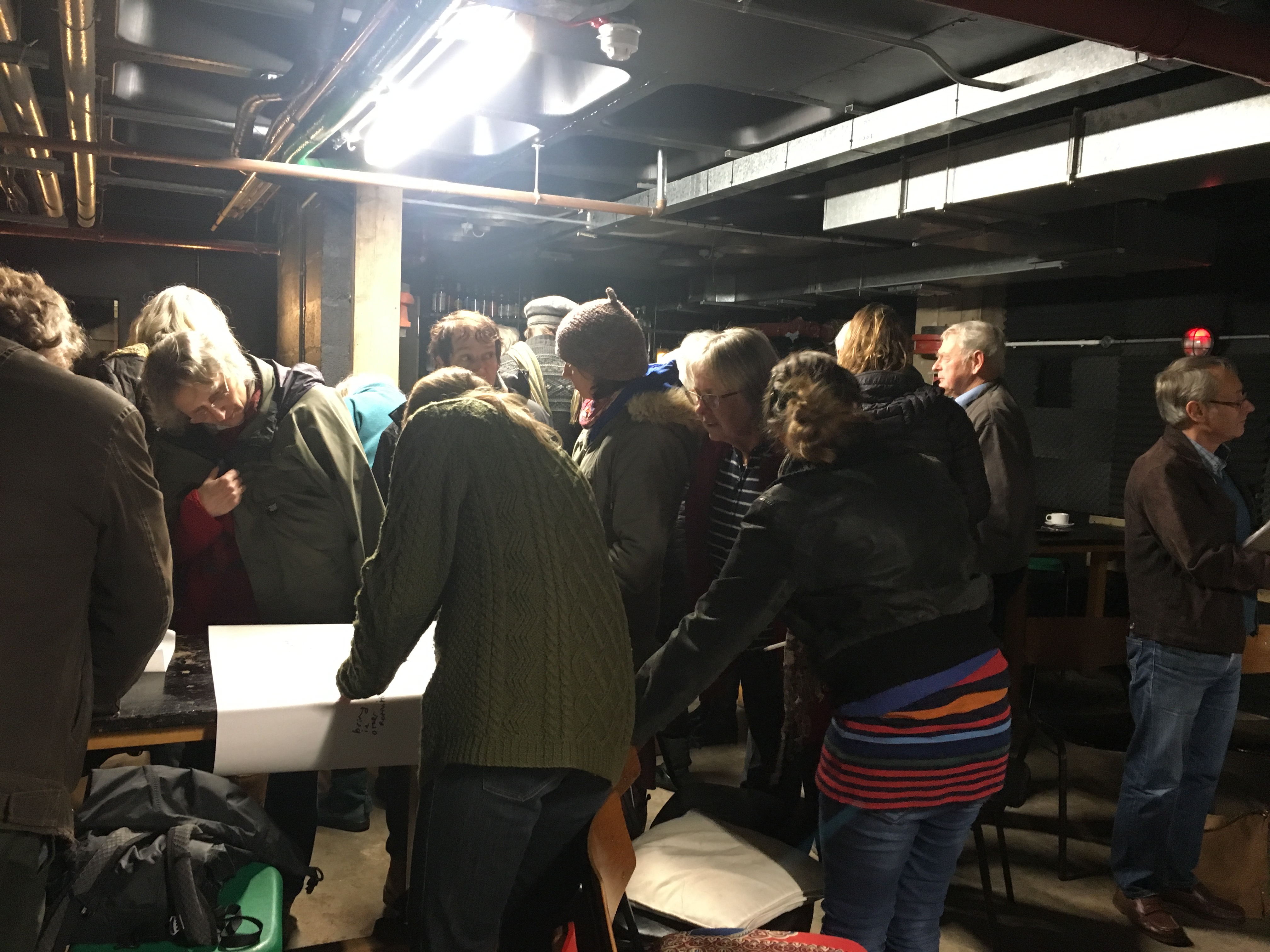 On Wednesday 17th January in the dark atmospheric basement of the Left Bank Speakeasy around 25 people came together to shed light on local food waste, with the aim of developing some local grass root community responses.

Tony Kennall and Patrick Vansloun of the Worcester Food Rescue project described their impressively organised approach to their city food waste. They took us step by step from their initial discussions with supermarkets through to coping with Christmas 2017 – and the huge volume of surplus food they have been able to keep out of landfill and re-distribute to communities over this period … and the mountain of landfill food waste that is still beyond them.

Jacqui Allsop of Hereford Food Bank brought us up to date with the situation in Hereford city. The Food Bank provides emergency food to those who have been referred to the service. Hereford Food Bank has only very limited capacity to store donated food, and has to carefully manage the logistics of collection and re-distribution of food, and the constantly increasing referrals from local agencies. Jacqui also described hot food provision in the city – which is available daily to anyone who needs it.

Peter Norton of Brightspace Foundation then focused on the issues of hunger and food insecurity. A recent Oxfam report showed that more than 500,000 people in the UK are now dependent on food parcels… a shocking figure in the 7th most wealthy nation in the world. In Herefordshire more than 2000 people accessed the food bank last year, and as Jacqui described this figure only includes those in crisis and referred into the service. Countless others are invisible to the statisticians – and it is partly in response to those in need but not receiving help that Pete is developing a Food Poverty Alliance for Herefordshire.

The presentations left us all thinking, and after some discussion and mindmapping of ideas the group highlighted some possible areas of interest & action to take forward. We particularly focused on the problems of rural isolation and the cost of local public transport, and the need for support to be made more available within our rural communities.

We will return to food insecurity as an issue at our HGN Gathering on the 16th May 2018. If in the meantime anyone would like to start to explore ways of developing one of these ideas – or other ideas, such as the city Food Rescue project – please get in touch and HGN will support you.

More information is given via the links below.

And if you would like to donate to the Hereford Food Bank ideally phone or email to see what they need before going along. Please also always ensure that food is within its best before date, otherwise the Food Bank has to pay for its disposal as ‘waste’…

Worcester Food Rescue, and an article about the project here.

To get in touch with HGN email kate@hgnetwork.org

HGN Gathering – Veg Growing for all! 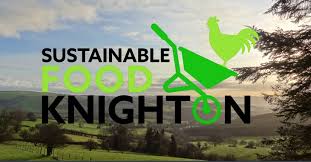