… from being defeated by an alternative which takes out important carbon reducing initiatives. The alternative proposal includes replacing funds for electric buses with support for unsustainable road building: a short-term, high carbon solution totally at odds with the unanimously declared Climate Emergency!

XR are asking for your support at the Herefordshire council budget setting meeting on Friday 14th Feb – details of the meeting are here: https://councillors.herefordshire.gov.uk/ieListDocuments.aspx?CId=291&MId=7351&Ver=4

You can help by:

1) Being there – we are aiming to fill the public gallery with people, the Red Brigade included, so it will be more colourful and dramatic than usual. And alliance councillors will feel supported.

2) Submitting questions to the meeting by the deadline of 5pm on Monday 10th Feb. Guidance about how to do this is here: https://councillors.herefordshire.gov.uk/ieListMeetings.aspx?CId=291&Year=0

3) We’ve asked XR people in wards represented by Lib Dem councillors to write to the councillor asking them to vote for the budget because it is climate friendly and consistent with the climate emergency declaration. The wards and councillors are:

The email addresses and phone numbers of councillors are here – http://councillors.herefordshire.gov.uk/mgMemberIndex.aspx?FN=PARTY&VW=LIST&PIC=0

People can find their ward councillor from this page – https://www.herefordshire.gov.uk/government-citizens-and-rights/democracy/find-election-information-for-your-area

(The possibility is that Lib Dem councillors – who are generally in favour of road building – will side with the Conservatives and try to vote out the budget or push through amendments which water down local climate action.)

Feel the h.Energy at Queenswood 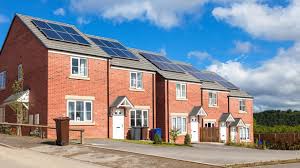