Hereford Castle Green based, clean water advocacy charity,  Hope Spring recorded what it described as a significant success in March 2020. The organization which described itself as SDG 6 focused NGO, conducted a campaign called #ClaimYourWaterRights in two states in Nigeria; Ogun and Enugu states.

#ClaimYourWaterRights informed the grassroots of the two states, about the UN’s human rights to clean water. They were encouraged to claim those rights from their lawmakers.

#ClaimYourWaterRights benefited from technical assistance, and a £2,000 grant from London based organization, End Water Poverty.  Hope Spring with some of its partners, were able to persuade the government of Enugu, a state with a population of over 3 million to declare an emergency in its water sector. The first steps towards making a significant improvement, in the provision of clean water and sanitation to its population.

The success achieved by #ClaimYourWaterRights in Ogun state was more modest. Hope Spring’s local partner in the state promised to keep encouraging the grassroots to claim their water rights.  You can read more about the Claim Your Water Rights campaign here. And about Hope Spring here: Hope Spring 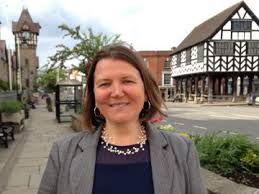