Extinction Rebellion is just common sense – but what is the best response?

The related extinction and climate crises that are threatening the survival of life on earth can only be solved by reducing our ecological footprint – systematically curbing impacts and repairing nature to a level that sustains us within the planet’s means.

“We are facing a climate catastrophe.” These are not just the words of tree-hugging Gaia-worshippers. They were said this week by the Legal & General insurance company, the UK’s largest money manager, which last year blacklisted many companies for being unsustainable.

“As financial policymakers and prudential supervisors we cannot ignore the obvious physical risks before our eyes. Climate change is a global problem,” they said in a statement.

The wave of protests sweeping around cities across the world – International Extinction Rebellion – is simply asking for common sense to prevail in the face of the overwhelming threats facing the planet.

The plain fact is that all money spent everywhere must now be only spent sustainably: to meet our needs while also rebuilding & repairing our planet.

Not unlike the immediate French and worldwide response to the devastation of Notre Dame Cathedral, we must all, especially our leaders, pledge to take urgent action. Watching this global icon go up in flames has struck the hearts and souls of people around the world; within a few days almost €1 billion have been pledged to rebuild it.

Rebecca Johnson, a former Greenham Common anti-nuclear protestor compared this to the extinction crisis on BBC News: “Imagine millions of Notre Dames, all over the world, and not just art and history, but full of people, animals, plants and insects, the biodiversity. That is what the protesters are concerned that leaders are doing nothing about.”

Here she cries as she laments the rate of extinction of species. “Forget Brexit, tackle climate change,” she tells the MEPs, to a standing ovation. “Our house is falling apart and our leaders need to start acting accordingly and they are not.”

As she was speaking, and all this week, the streets of European cities are being blocked by Extinction Rebellion protesters, who have pledged not to stop blocking traffic until their demands are met.

Some city leaders are already responding.

About 100 cities and towns in the UK have already passed resolutions declaring a climate emergency.

The website climatemobilisation.org is attempting to keep track of all cities in Switzerland, North America, Australia and the UK which have done so and has so far logged about 460 of them, including 18 in Australia, such as Darebin, Yarra, Vincent, Victoria, Gawler, Mariby, Hawkesbury and Adelaide Hills.

In California, Los Angeles, Berkeley, Richmond, Oakland and Santa Cruz have also done this, to name but a few.

The question for everybody, is what does a council do to follow up, having passed the resolution?

To meet the demands of the resolution they have to become carbon neutral by 2030 at the latest. They also have to include the population in their decision-making.

This will necessitate action on many fronts.

There is a solution.

All towns, regions and cities must become ‘one planet’.

A campaign is beginning to persuade cities, towns and communities to declare “one planet” status that allows them to plan and track a path into the “safe and just space” defined by the work of Kate Raworth and others, where the basic needs of citizens are met without damaging the planet.

The framework proposed is a way for any town and city to work out how to #MoveTheDate of their Earth Overshoot Day (a measure of unsustainability) to become more and more sustainable over time using a framework like this.

I am beginning in my own part of the world with #OnePlanetSwansea, #OnePlanetCarmarthen and #OnePlanetLlandeilo. Work is underway to tackle Cardiff,  the capital of Wales.

You can start this process in your own town, wherever you live.

The aim is to make all cities regenerative, based on circular economies and renewable energy, to ensure we live within our means. The solutions already exist. Policies to support them must be based on evidence, not upon ideology, belief systems or loyalties, because we are all in this together.

Policymaking has not caught up with the fact that humanity crossed the threshold of “one planet” living and began living in deficit way back at the beginning of the 1970s. This is why we need data, indicators and a coherent plan to relate our activities to what the biosphere of our planet can tolerate.

The six-step path towards One Planet Cities and communities

Hold a series of public meetings and online and off-line consultations to explain the context and aims in order to obtain feedback and community buy-in.

These will include a methodology and accounting system and be applicable to all sectors such as soils, biodiversity, water, energy, buildings, transport, well-being, etc. They must include ecological footprinting.

Use data and surveys to ascertain the starting point from which goals will be set: On the supply side, the productivity of its ecological biocapacity (greenspace and water bodies). On the demand side, the ecological footprint – assets/resources required to produce the natural resources and services it consumes.

A system similar to that applied by the UK Climate Change Act could be adopted, along with the Global Footprint Network’s Net Present Value Plus (NPV+) tool to test the results of different scenarios. A set of five year plans may result, each with a budget and a set of targets. The overall target could be, say, 30-40 years away, to meet everybody’s basic needs within planetary limits. Each short-term target will be a step closer to the overall one. Each sector (biocapacity, water, food, energy, buildings, transport, industry, etc.) will have its own schedule.

This should be based on what data is easy and cost-effective to gather, and relate to the baseline situation, chosen metrics and sector targets. The data should be transparent and publicly available. Everybody should be able to view the progress being made.

Each five-year plan will have its own evaluation period to check that all expected benefits are resulting, to share experiences, to accommodate criticisms, to potentially revise plans, and to celebrate successes.

If a population’s ecological footprint exceeds the region’s biocapacity, that region runs an ecological deficit.

…which almost all regions now do. A region in ecological deficit meets demand by importing, liquidating its own ecological assets (such as overfishing), and/or emitting carbon dioxide into the atmosphere. It must therefore identify the origins, destinations and impacts of consumption.

It would then be possible to model the effects of changes of policy and practice towards a circular economy upon the related biocapacity.

Tracking the Human Development Index (a measure of how human needs are being satisfied) against the ecological footprint over a time period can indicate the direction of progress.

Government agencies at all levels can manage their capital investments in a fiscally responsible and environmentally sustainable way by using ecological footprint accounting and the Global Footprint Network’s Net Present Value Plus (NPV+) tool.

The traditional net present value (NPV) formula used by economists adds up revenue and expenditures over a period of time and discounts those cash flows by the cost of money (an interest rate), revealing the lifetime value of an investment in present terms.

GFN’s NPV+ tool adds to this calculation currently unpriced factors, such as the cost of environmental degradation, and benefits like ecological resiliency.

All costs and benefits – even those where no monetary exchange occurs – thereby can be seen as “cash flows”, and can be evaluated using different future scenarios.

This will provide a more accurate and useful guidance on the long-term value of the investment, because it makes reference to the ecological footprint of the project in question.

The ecological footprint can therefore help to identify which issues need to be addressed most urgently to generate political will and guide policy action. It can improve understanding of the problems, enable comparisons across regions and raise stakeholder awareness.

By identifying footprint “hot-spots”, policymakers can prioritise policies and actions, often in the context of a broader sustainability policy.

Footprint time trends and projections can be used to monitor the short- and longterm effectiveness of policies.

By understanding where the best long-term value is, policies can be oriented toward better outcomes, building wealth, avoiding stranded assets and leaving a better legacy for future generations.

At the same time, all citizens and politicians need to do more to raise awareness about the issues.

If you want support in doing this in your neighbourhood, get in touch.

We can do this. It just needs a massive, concerted effort. 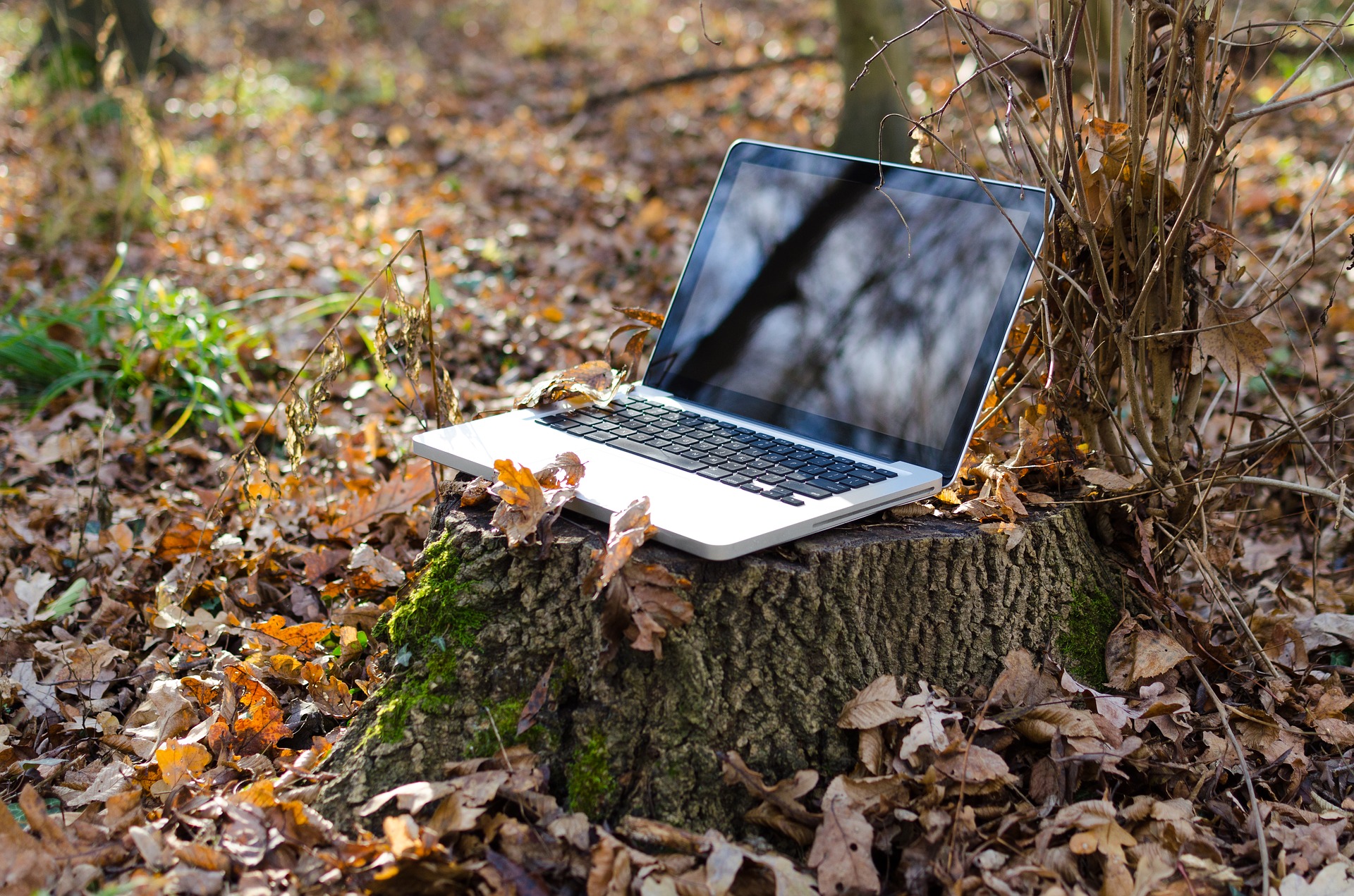